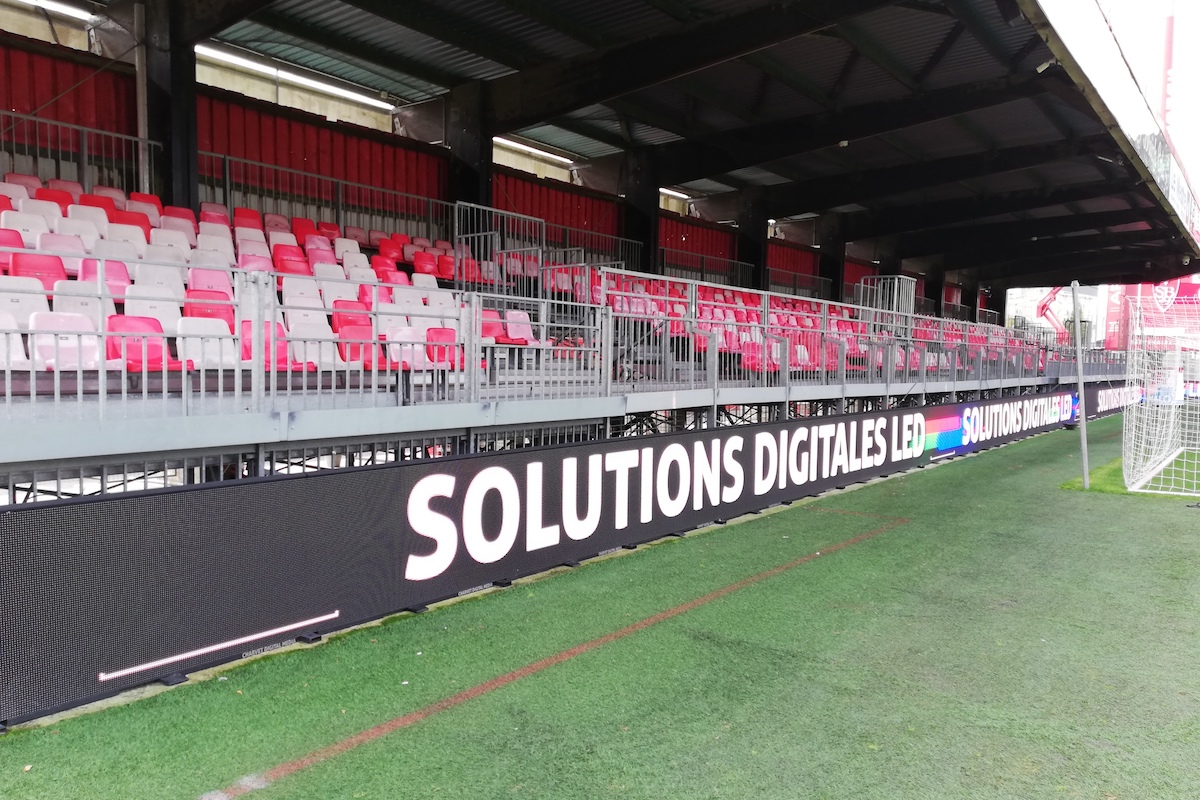 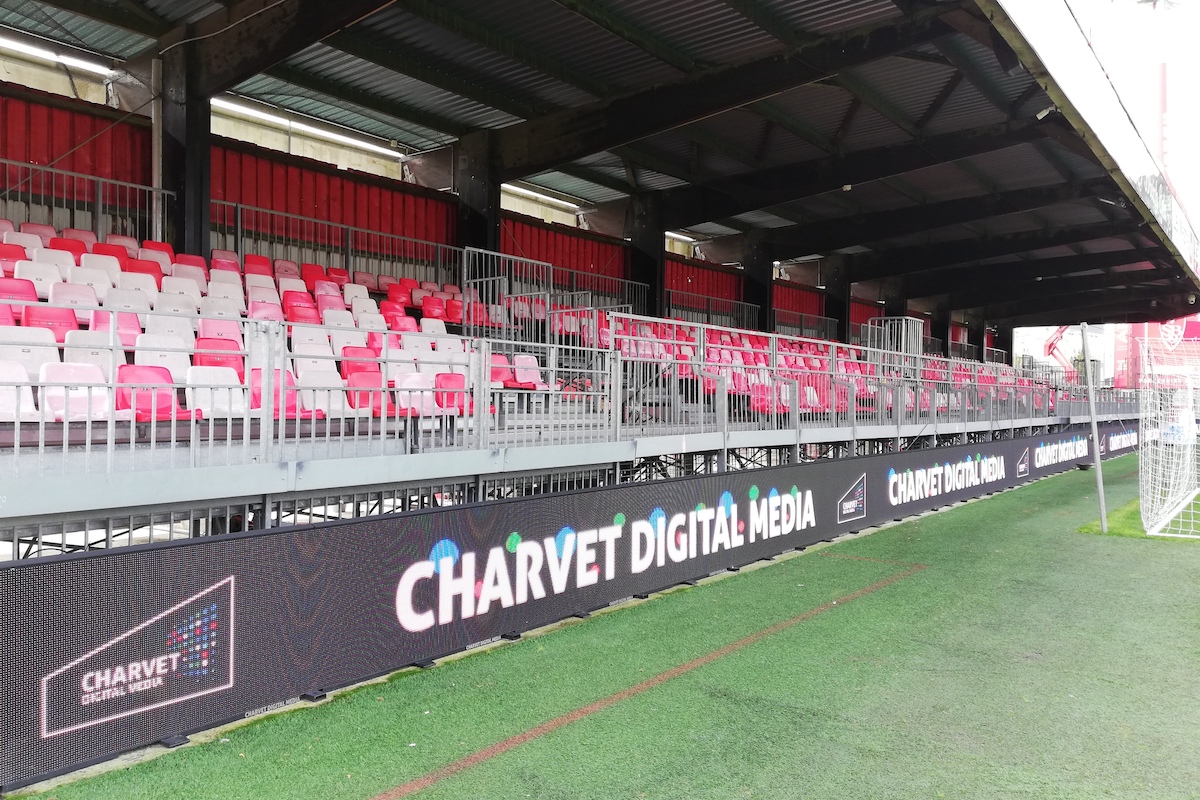 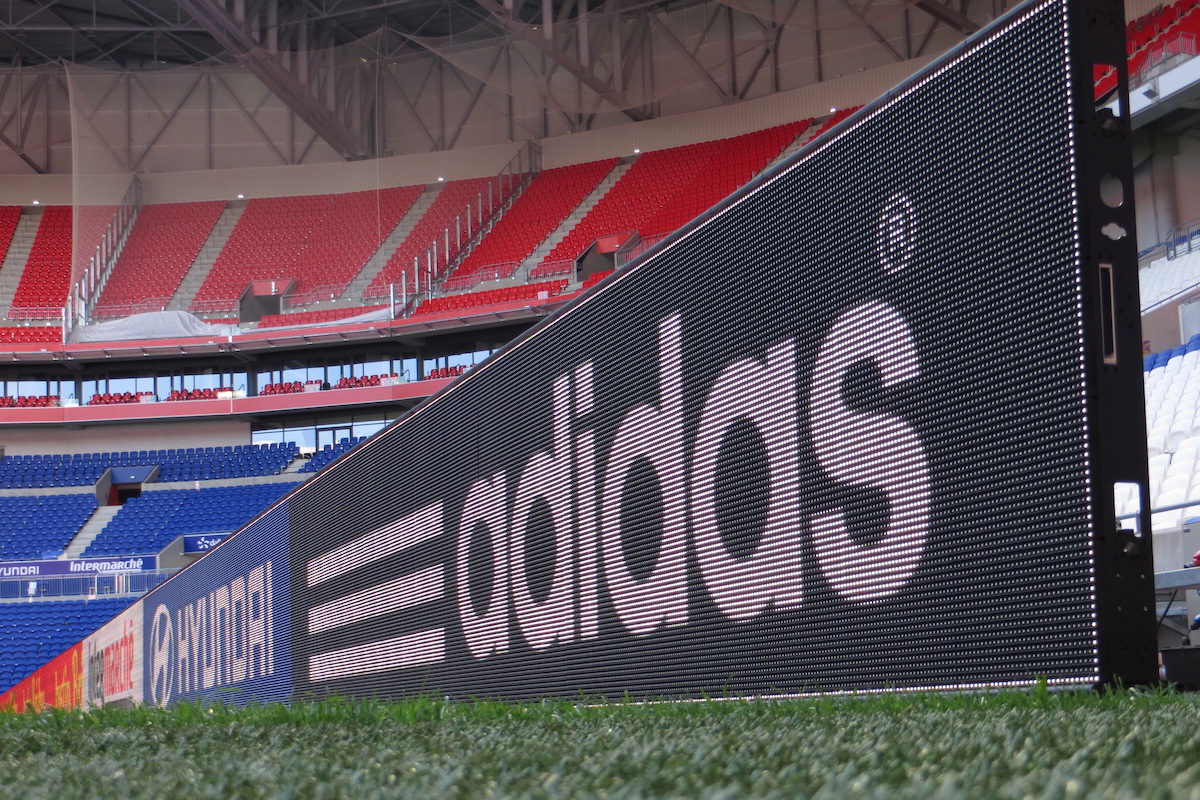 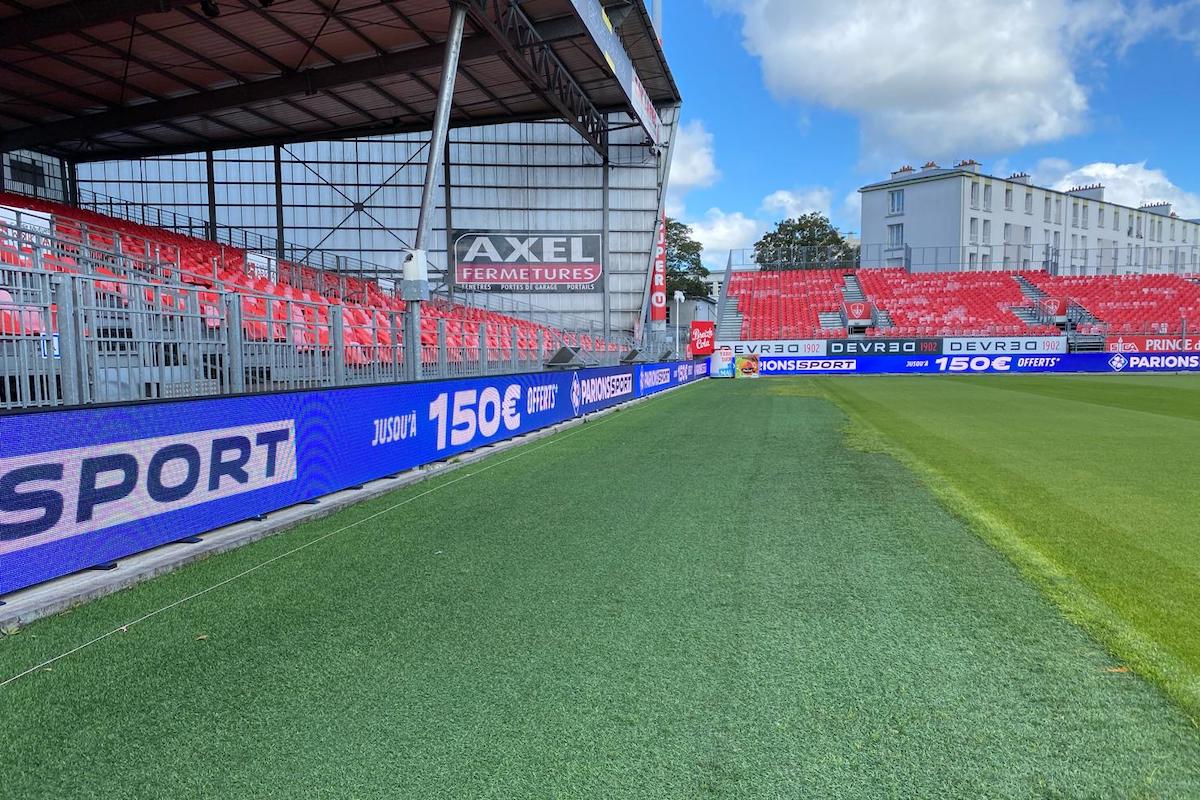 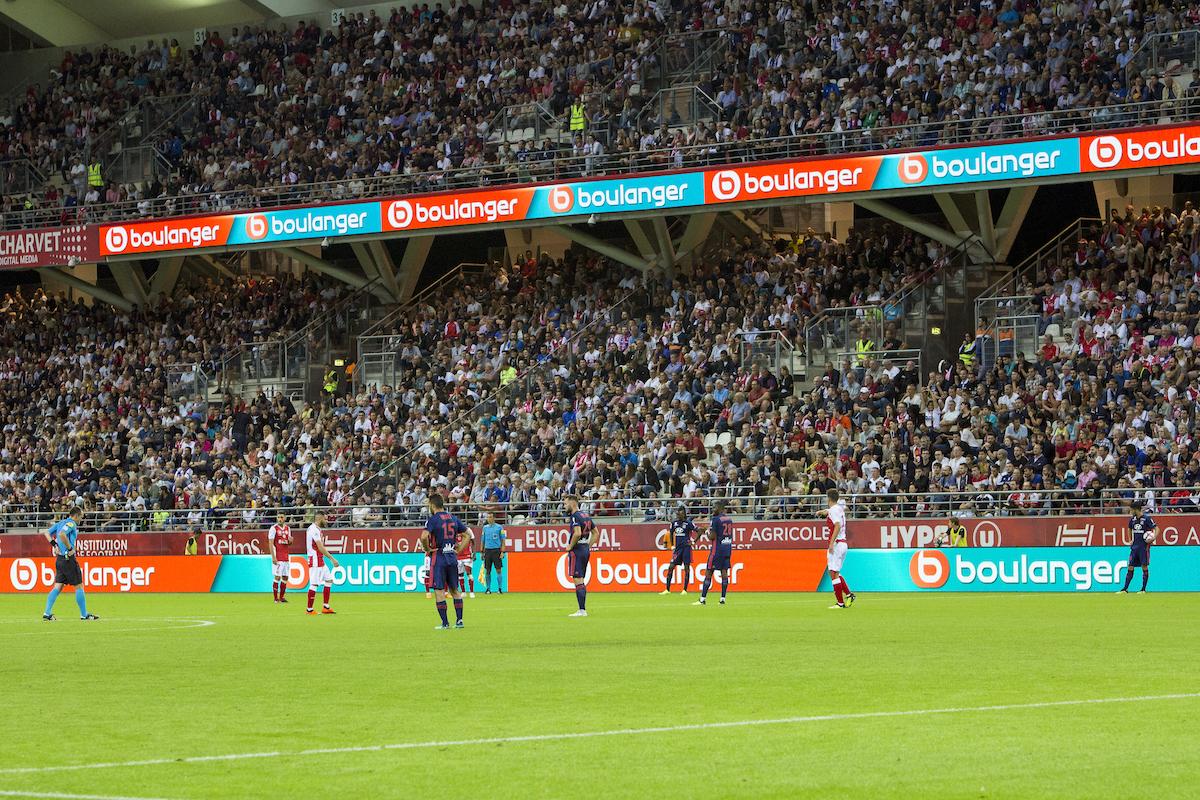 The digital advertising solution for stadiums

Check out the Charvet Digital Media perimeter LED screens: the digital solution for stadiums that generates revenue and delights your sponsors

Improve your image and that of your sponsors by broadcasting information and content with high image resolution on all LED screen surfaces, whether inside or outside your stadium.

Perimeter LED screens: the digital solution for stadiums of the future

Perimeter LED screens are used to broadcast advertising, especially for your sponsors, providing better visibility of the information thanks to high image quality. This advertising system can be a jackpot if you choose your infrastructure properly. In fact, investing in larger and better quality perimeter screens guarantees a very high return on investment while promoting your image and that of your partners.

Our perimeter LED screens are compliant with UEFA requirements.

Perimeter LED screens have high image quality and a very wide viewing angle, which is an important factor for your sponsors when they buy broadcasts on your perimeter screens. By fitting your stadium with LED screens, you can give your advertisers more exposure while standing out from other stadiums.

Make your investment profitable from its very first use

Perimeter screens are advertising systems that will earn you money, even a lot of money. This equipment should be seen as an investment to keep your stadium running over the long term. Your sponsors will want to feature on your LED screens because of the exposure it can give them. Indeed, during a match, it will be difficult for spectators not to see the sponsors displayed around the pitch.

LED screens can modernise your stadium so that it keeps up with the times. Goodbye advertising banners and posters that come unstuck, and hello luminous and modern Charvet perimeter screens. Stand out from other stadiums with a complete LED screen pitch perimeter.

LED perimeter screens: for all infrastructures

You probably think perimeter screens are only for major clubs? Or that they can only be installed indoors? If so, you’re wrong. There are different perimeter LED screen solutions adapted to your infrastructure and your needs, whether you are a major or a smaller club.

Amongst the different solutions Charvet Digital Media proposes, there are indoor perimeter screens and LED screens, also known as indoor LED systems. These systems are designed for better visibility in indoor spaces: gymnasiums for basketball or handball matches, for example. These screens give your advertisers a high contrast level and, therefore, optimised exposure.

Our outdoor perimeter LED screens are designed to adapt to outdoor stadium constraints. Outdoor systems have characteristics that are specific to outdoor installations. In particular open-air resin encapsulated diodes with frontal protection fins to protect the LEDs from potential impacts and from rain. Perimeter LED screen systems also open from the back for easier maintenance.

Retour aux solutions
We use cookies on our website to provide you with the most relevant experience by remembering your preferences and repeat visits. By clicking on "Accept", you consent to the use of ALL cookies.

Any cookies that may not be particularly necessary for the website to function and is used specifically to collect user personal data via analytics, ads, other embedded contents are termed as non-necessary cookies. It is mandatory to procure user consent prior to running these cookies on your website.